Who doesn’t love SHARKS?! Capt. Craig sure does and would love to introduce you to shark fishing in the lower Keys and Key West backcountry, basins, channels and surrounding waters!

Sharks conjure up visions of giant, toothy predators but from our point of view – they make sure a challenging gamefishing species for all ages!

From catching small bonnethead sharks on light tackle on the flats to adult-sized bull and lemon sharks on deeper flats and channels – you’ll have a blast pitting your skills against these worthy adversaries!

Best Time of Year to Catch Sharks in the Lower Keys

Shark fishing in the lower Florida Keys is a year-round event and they can be target with both artificial and bait. And when conditions are right, can be sight-fished on fly.

Capt. Craig employs a number of tactics to catch sharks on his lower Keys fishing charters. From poling the flats and sight-fishing the crystal clear, shallow waters to chumming in deeper waters – Capt. Craig knows how to locate sharks, successfully catch them, get THE photo and have a safe release!

Sharks make for action-packed fishing and are a real pleaser for the younger anglers in your group. What kids doesn’t dream of doing battle with a shark?! 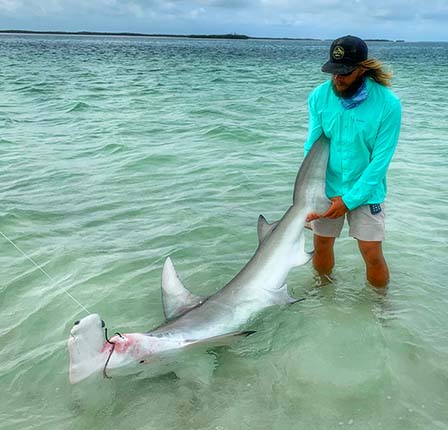 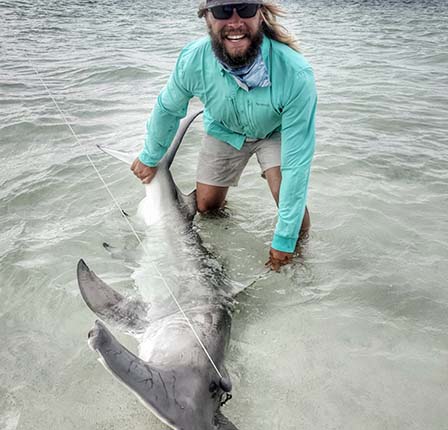