Tarpon are one of the most sought after gamefish species on the planet and if you’ve ever hooked one, you know exactly why!

From the initial hookup, the breathtaking jumps and drag-screaming runs there is no better show on earth!

Tarpon fishing charters are popular in Key West and the Lower Florida Keys just about year-round, however the Spring time is when the annual tarpon migration happens in the keys and the ADULTS come out to play

From mid-March through the end of June, big numbers of “Silver Kings” move into the waters surrounding the Keys, before their annual migrations up both coasts. And this is when the Florida Keys become ground-zero for the greatest show on earth!

Capt. Craig Clopper of Goliath Charters of Key West loves to put his clients on tarpon, whether they’re the smaller juvenile fish or the big females of Spring! From fishing mangrove shorelines, poling the flats or drifting live bait near the numerous lower keys bridges (day or night) – a Key West tarpon charter is a trip you won’t forget! 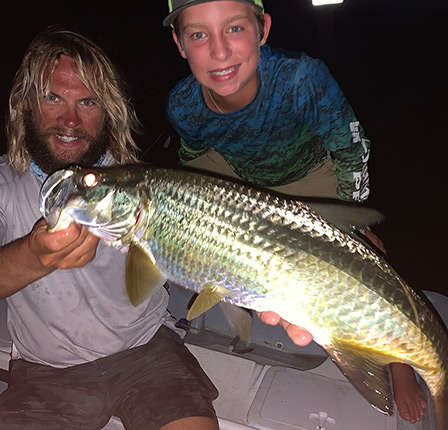